Five Affirmations I Took Away From the 91st Academy Awards

On Sunday after a long day of catching up with family, attending worship service and gearing up for the week, I sat down to watch the Oscars with my daughter. My future fashion designer loves awards season, watching the red carpet looks and practicing her sketching while doing so. I on the other hand love connecting with fellow viewers via Twitter and Facebook to comment on the looks and winners.

Back in the day, this post-Oscars blog post would’ve been dedicated to the best dressed and fashion inspiration for the wedding industry. However, after watching the show from beginning to end last night, I took so much more away from the show this year. This morning, my daughter and I had a conversation about the significance of last night’s show. There were life lessons that I shared with her that I wanted to share with you, my friend. Here are five affirmations I took away from the 91st Academy Awards.

2. Fusing passion, discipline, and hard work together will always pay off. We don’t give actors and musicians enough credit for how many hours they put into working on their craft. We don’t give ourselves credit for the number of hours it took before we reached a big goal. The interesting thing about acting is that the actor’s passion for what they do can often be felt through the movies that they produce. When passion, discipline and hard work align, magic is made.

3. There is room for all of us. The message was made apparent last night that there’s room for all of us. May it be room for diverse ethnicities, room for you to practice your religion, or room for your unique skill set, there’s space for everyone to shine. Box office hits such as Blank Panther and Crazy Rich Asians both proved that talent comes from all backgrounds.

4. Sometimes we need to shake things up a bit. The 91st Academy Awards was the first time in the show’s history that the production went without a host (insert gasp). Some people didn’t know what it would look like when the show announced that there would be no host this year. The verdict is in, and many of us viewers feel that last night’s show ran smoothly and didn’t need a host! Who would’ve ever thought that to be possible? Often we get hung up on tradition and doing things the same way we’ve always done them. I dare you to try to step outside the lines and do things differently. You may be surprised at the response that you receive.

5. The people behind the scenes matter. Historic wins happened in the categories for Best Costume and Best Production Design for Black Panther. Although the film itself was nominated for numerous Oscars, the movie’s historic wins came by way of the ladies who rocked it out behind the scenes! I’m a huge advocate for outsourcing and leaning on others in order to make the project the best it can be. I may be the face of my business; however, the people behind the scenes such as my husband, assistant and other team members are what allow Coaching for Creatives and A Well-Rounded Life (launching soon!) to thrive!

Did you watch the Oscars last night? What was your biggest takeaway? I would love to hear below! 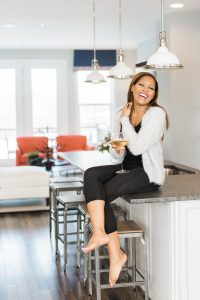 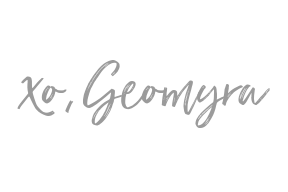 Love this!! I’m such a big fan of the Oscars and this was my favorite show in a LONG time!! I was so moved by Hannah Beachler’s acceptance speech: “I did my best, and my best is good enough!”